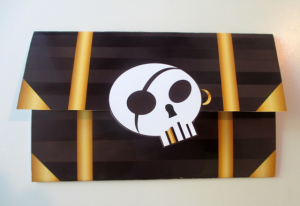 As invitation you can use a cool “treasure chest” and write inside it.
You can write:
“Arrh Pirates
Set the sails, find your (plastic) saber and come to a cool pirate party at the pirate island on xxxday at xx pm to xx pm.
We will eat tasty pirate food, drink lots of rum (juice/ soda) try to find the hidden treasure”
See all the cool invitation here 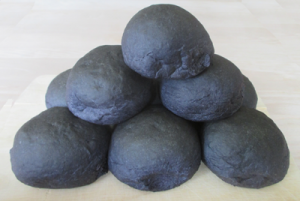 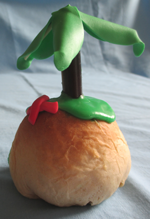 Else you can make treasure island buns.
Buy or make some buns, stik some palm-like candy in it and put green glaze around it. The palm leaves are made of green fondant in “leaf”-shapes, that are put in place with toothpicks and glaze.
They can be combined with a treasurehunt by hiding parts of a treasuremap or clues in the buns (wrap the map/clues in baking paper and put them inside the buns before baking them). 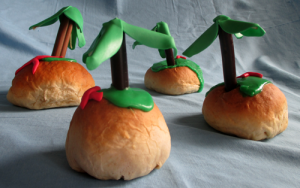 Warning: count(): Parameter must be an array or an object that implements Countable in /var/www/yaraya.com/public_html/wp-content/plugins/ultimate-responsive-image-slider/layout.php on line 15

Atmosphere:
Make a pirate-atmosphere by dressing up as pirates and taking like pirates.
You can call all beverages RUM (should be said loud with a pirate accent) and put on some pirate-themed music.
As a snack you can serve pomegranate, because they look like rubys. But serve them outside, since they can be quite messy.

Treasuremap:
No treasure hunt without a cool map! It’s quite easy to make a cool one.
Two different guides to making one, is on the way!

Treasurehunt:
A treasure hunt can be a bit tricky to make, but it doesn’t have to be that hard.
The easiest is to make it outside, in a garden or on a playground.
Task ideas:
-dig for gold in a sand box (paint some rocks with gold paint before hand and bury them)
-use monkey bars to get over a swamp (if you have access to a climbing frame)
-make a pirate song or battle cry
-make a pirate flag (help each other with a big one or make one each)
-make an eye patch to wear (just use a piece of fabric and some string)
-hear stories of real pirates, like Captain Kidd, Blackbeard, Mary Read and Anne Bonny.
-the kids can help each other to come up with cool pirate names.
-come up with cool pirate names for each kid, they can help each other.
-fold a pirate hat out of newspapers.
-play the floor is lava
-make riddles, that needs to be solved to get the next part of the map
-if the treasure is divided into portions for each kid, you can put names on them. Switch the letters in the names around and tell them it’s a riddle. They have to find their own, since it’s poisonous to eat the wrong one!