One day Philomena came up to me with a drawing she had made, a drawing of a chocolate covered marshmellow decorated with lace.

She thought that chocolate covered marshmellows looked so boring and that they would look a lot better with some lace. So we just had to try it!

I’m not quite sure exactly what this kind of delicious candy is called in other countries, but the dictionary calls it “chocolate covered marshmellows”.
I wouldn’t say that it’s entirely correct, because its not really marshmellows that are inside, but a kind of cream.
If you have never heard of these before, the bottom is made of a piece of thin, crisp waffle or baked marzipan. On top of that there is this cream (tastes like vanilla, raspberries, liqorice etc.) and then it’s covered with chocolate. They come in MANY different varieties and taste wonderful.
The danish name is “flødeboller”. 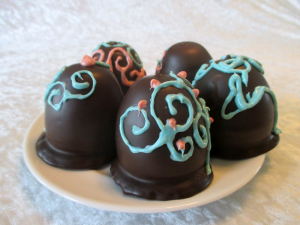 But back to the original story about the lace 🙂
We had some candy melts-leftovers that we used -regular white chocolate (perhaps with a bit of icing color) could also be used.
Then we bought some really delicious chocolate covered marshmellows with a thick, solid chocolate shell 😉
We melted some candy melts and put them in a small cornet made out of baking paper and then Philomena could “draw” all the lace she wanted to draw on the chocolate covered marshmellows. (The melted chocolate could also be put into “melting bottles”).

When the lace-chocolate covered marshmellow had dried, we put them on a plate and served them 😀 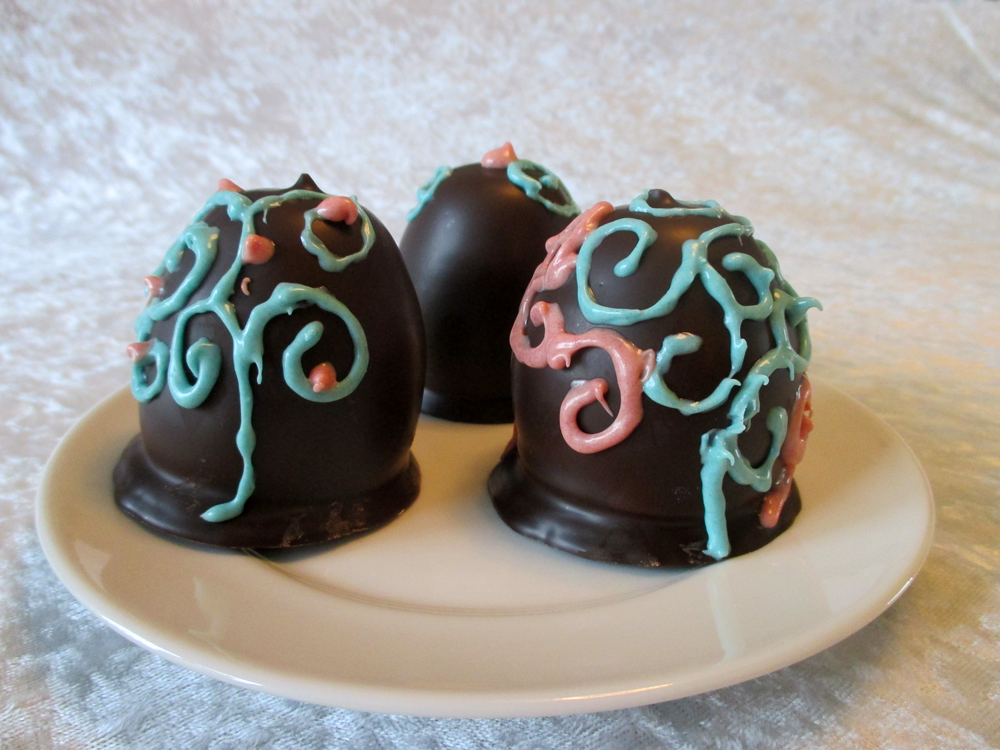